Newark United Methodist Church is an open and inclusive faith community with open hearts, open minds, and open arms. As a member of the Reconciling Ministries Network, we worship a loving and gracious God and Jesus, His Son, who continues to model God’s love in the world for all. We welcome and affirm you in the name of Jesus Christ, our Savior, regardless of your race, ethnicity, age, gender identity, sexual orientation, social or economic status, physical and mental ability, or religious affiliation. We are all God’s beloved children. 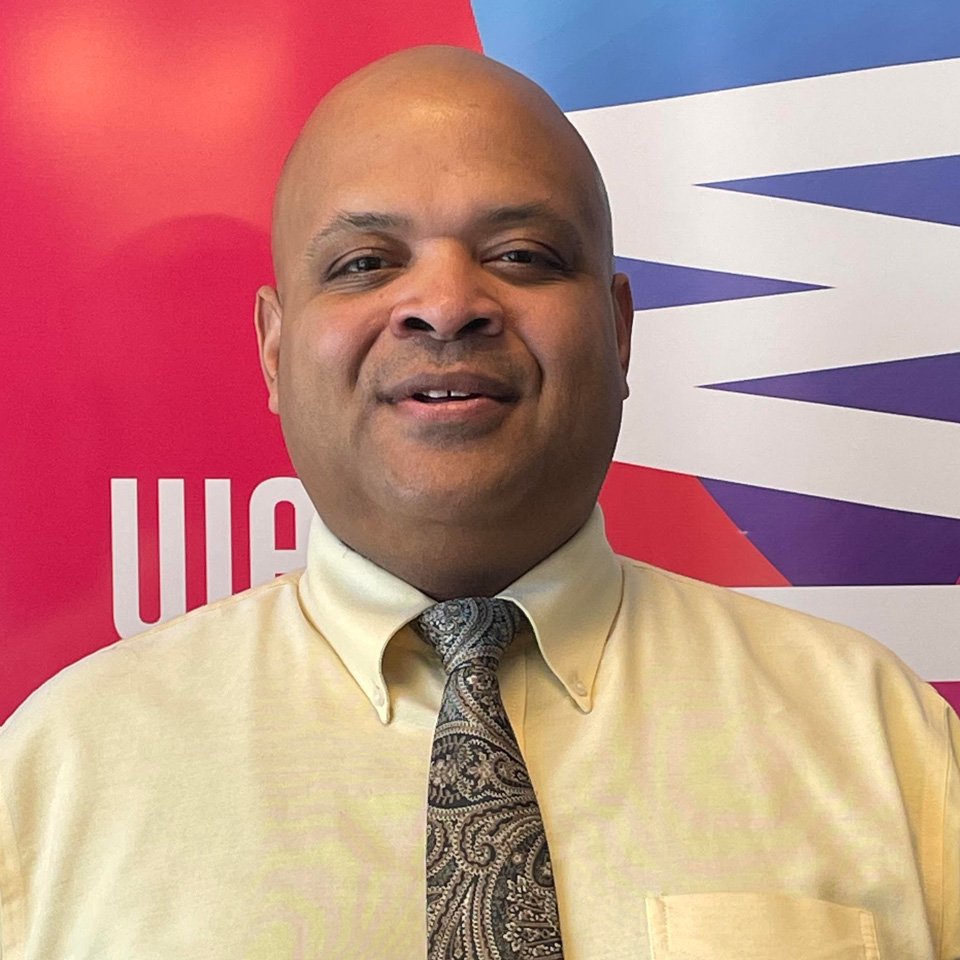 Pastor Kevin William Benjamin is a native of Wilmington, Delaware. Pastor Kevin is married to Jenneth and is the proud father of Nickeya (25), Kevin Jr.(18), Kenneth (10), Jennifer (8), Kyle (7), and baby Jessica (almost 2).

For over twenty years, Pastor Kevin served as a Music Educator in the Christina School District and the Catholic Diocese of Wilmington. Over the years, he taught choral and instrumental music at Bancroft Elementary, Mc Vey Elementary, Brookside Elementary, Shue Middle School, Christ Pour King School, and St. Peter’s Cathedral School. He also served as an adjunct music professor at Wesley College in Dover, DE.

In 2016, Pastor Kevin left the field of music education to answer his full-time call to pastoral ministry. Pastor Kevin serves on the Neighborhood House Board, the Delaware District of Urban Ministry Board, and as president of the Wesley Foundation of Delaware State University. He will leave this role at the end of June.

Pastor Kevin has a passion for outreach, pastoral care, and music. This passion has been demonstrated during all his previous appointments. Several years ago, Pastor Kevin traveled to Spain to serve in the mission field alongside recording artist, Richard Smallwood.

Pastor Kevin is progressive in his theology and supports social justice and the full inclusion of the LGBTQ community. Pastor Kevin is an active member of PFLAG. The PFLAG Chapter Network provides confidential peer support, education, and advocacy to LGBTQ+ people, their parents, families, and allies. Pastor Kevin is excited about his new appointment to Newark UMC. Lastly, he looks forward to the opportunity to partner in advancing God’s kingdom in the Newark, DE community, and beyond.

The representative leadership body within our congregation that plans, coordinates, and implements our church’s official programs and earmarks the resources to do so. The Council also performs various administrative duties and ultimately envisions, plans, implements, and annually evaluates the mission and ministry of Newark United Methodist Church.

Church Council meets on the fourth Monday of every month (except in December) at 7:00 p.m.; the meetings are public and open to everyone. Required attendees are representatives of our various ministry teams, clergy, and certain staff members. Anyone may submit an agenda item, but they must be submitted at least six days before the meeting. To submit an agenda item, either email the Council Chair or use the Contact Us form below.

The office of Lay Leader is the highest non-clergy position within a local United Methodist congregation. Individuals who are Lay Leaders are seasoned Christians who can represent the congregation’s concerns to the pastoral staff and Church Council and assist the pastoral staff with a number of church rites, including baptism and reception of new members, and occasionally plan worship services.

If you’d like to get in touch with one of the Lay Leaders about any issue, please contact us and select “ATTN: Lay Leaders” as the subject of your message.

Within our episcopal area, we are led by Bishop LaTrelle Easterling, presiding Bishop of the Philadelphia Area of The United Methodist Church, and the Rev. Joseph Archie, Superintendent of the Delaware District of the Peninsula-Delaware Conference.

About our denominational connection

Voting members who currently represent our congregation at the Annual Conference of the Peninsula-Delaware Conference are:

The staff at Newark United Methodist Church plays a crucial role in the day-to-day administrative operation of the church, assisting the pastoral staff and allowing them to attend to pastoral ministry. Please call us at 302-368-8774 and use the following extensions: 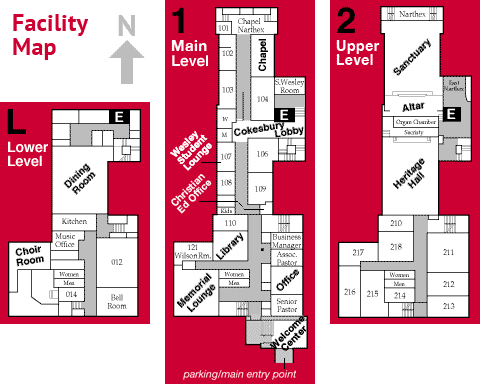 Our church’s meeting place is on the National Historic Register and is located at 69 East Main Street.

“the noisy Methodists had no right to disturb the peace and quiet of the citizens by holding their boisterous meetings on the main street.”

From its humble beginnings as an unofficial meeting in a paper mill at White Clay Creek, our congregation has stood the test of time and overcome many challenges. Originally called Meteer’s Meeting (after local businessman Thomas Meteer who offered his home and paper mill as a meeting spot), the congregation grew over time thanks to its strategic location as a stopping point for itinerant preachers traveling between Baltimore and Philadelphia. Our location (and name) have changed a few times over the years, but our biggest challenge was the church’s relocation onto Main Street.

Despite the protests from the town, the church managed to purchase a property from an out-of-town owner unaware that no one in Newark would sell the Methodists land on Main Street. The sale took place at midnight, and building began the next morning “to the utter surprise and consternation of our enemies.” Through years of war and peace, hardships and prosperity, the congregation stayed rooted on Main Street, rebuilding after a fire in 1861, and adding additions as the congregation and its needs grew. In 1999 we celebrated our 200th anniversary as a congregation here in Newark. Today, our congregation continues to make a difference in the lives of people locally, regionally, and globally.

We use cookies on our website to give you the most relevant experience by remembering your preferences and repeat visits. By clicking “Accept All”, you consent to the use of ALL the cookies. However, you may visit "Cookie Settings" to provide a controlled consent.
Cookie SettingsAccept All
Manage consent

This website uses cookies to improve your experience while you navigate through the website. Out of these, the cookies that are categorized as necessary are stored on your browser as they are essential for the working of basic functionalities of the website. We also use third-party cookies that help us analyze and understand how you use this website. These cookies will be stored in your browser only with your consent. You also have the option to opt-out of these cookies. But opting out of some of these cookies may affect your browsing experience.
Necessary Always Enabled
Necessary cookies are absolutely essential for the website to function properly. These cookies ensure basic functionalities and security features of the website, anonymously.
Functional
Functional cookies help to perform certain functionalities like sharing the content of the website on social media platforms, collect feedbacks, and other third-party features.
Performance
Performance cookies are used to understand and analyze the key performance indexes of the website which helps in delivering a better user experience for the visitors.
Analytics
Analytical cookies are used to understand how visitors interact with the website. These cookies help provide information on metrics the number of visitors, bounce rate, traffic source, etc.
Advertisement
Advertisement cookies are used to provide visitors with relevant ads and marketing campaigns. These cookies track visitors across websites and collect information to provide customized ads.
Others
Other uncategorized cookies are those that are being analyzed and have not been classified into a category as yet.
SAVE & ACCEPT